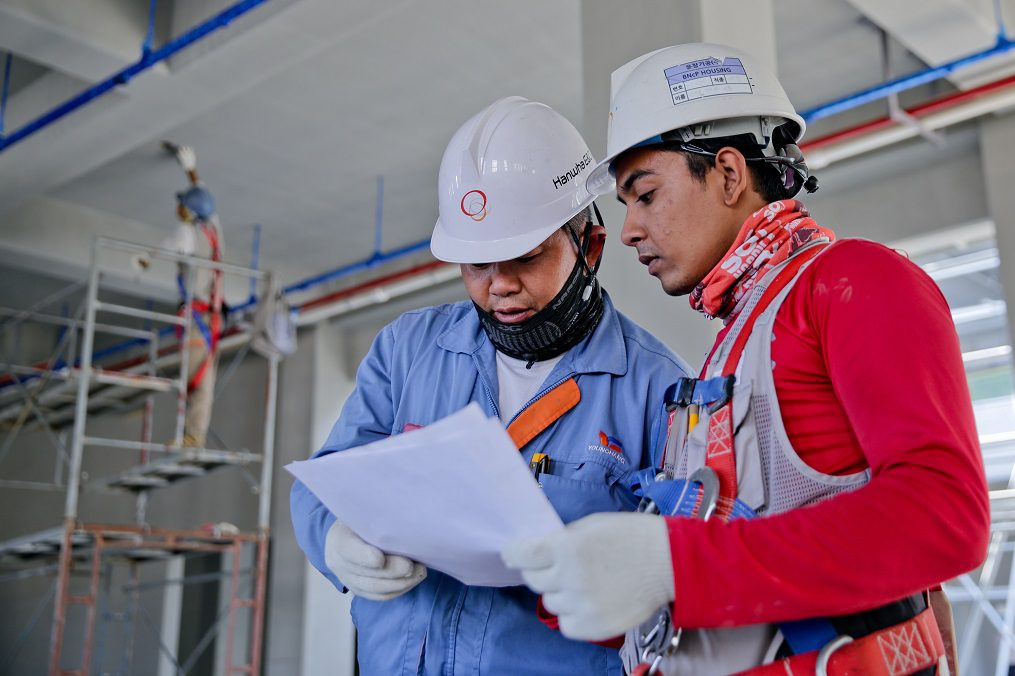 Canada is the world’s second-largest country, with rapidly growing cities and numerous urban and rural regions in need of development. As a result, civil engineers’ specialized talents are in high demand in this country.

If you’re a civil engineer looking for fresh chances, Canada, which expects to welcome 401,000 newcomers by 2021, is the place to be.

Do you have what it takes to work in Canada? Find out how to do it and what you’ll require!

If you wish to work as a civil engineer in Canada, you can either work temporarily with a work permit or immigrate as a highly skilled worker if you have at least two years of work experience.

Civil engineering is a skill in great demand in Canada as more trained workers retire and more young professionals move to cities, leaving many regions and towns without the skills required for successful development.

You can expect a competitive salary as an in-demand worker in Canada. Civil engineers can make a handsome salary of $60,000, according to Neuvoo, with several experienced workers earning as much as $102,000.

Additionally, if you want to immigrate to Canada with your family, you will have access to free healthcare and your children will be able to attend a free public school in Canada.

How To Move to Canada As a Civil Engineer

There are a few options: You can apply for the Federal Skilled Worker Program (FSWP), which is handled through the famous Express Entry system, if you want the freedom to live in any province or city.

If you already have a province in mind, a Provincial Nomination Program may be able to help you immigrate to Canada (PNP). However, if you prefer tiny towns, vast landscapes, and a relaxed lifestyle, Canada’s pilot rural and northern immigration program may be of interest to you.

Alternatively, you can take a fast assessment test to see which Canadian immigration program/visa you qualify for.

Simply complete the subscription form below, and we will keep you updated on the step-by step process via email.

Find out more about Canada’s most popular immigration and visa programs in the sections below.

The Federal Skilled Worker Program (FSWP) is managed via the Express Entry system, which speeds up the application process for permanent residents. How quick is it?

In fact, your permanent residency application could take as little as 6 months to process! Your immediate family members, such as your spouse/life partner and children, can also apply to join you in Canada.

Steps to apply through Federal Skilled Worker Program are:

To be considered for Express Entry, you must first build an online profile. You will be assigned a score under the Comprehensive Ranking System (CRS), also known as Permanent Residency (PR) Points, based on the information you give.

The below CRS criteria, which grant points for the following, will determine your total score:

3. Educational Qualifications (In and outside Canada)

4. Experiential Learning (In and outside Canada)

6. Provincial Nomination was a success.

7. Siblings who are permanent residents or citizens of Canada

8. The profile of your spouse (if married).

When you obtain an ITA, you can submit an official application with all of the required documents, such as the results of your medical examination, the IELTS language test results, a copy of your ID card, and so on.

Also read:   Internship or Job? Know Which Option is Best for you.

Every two weeks, an Express Entry lottery is held, with the highest-scoring applicants receiving an Invitation to Apply (ITA) for permanent residency in Canada.

The provinces and territories of Canada each have their own immigration policies targeted at enticing qualified foreign workers to their areas. The In-Demand Skilled Worker Stream, which is linked to Express Entry, is an important PNP program to remember.

If a province is in need of civil engineers, for example, the provincial government will search the Express Entry applicant pool and nominate civil engineers who fulfill their criteria. If you are nominated, you will gain an additional 600 CRS points, thereby guaranteeing you an ITA.

How to Obtain a Provincial Civil Engineer Nomination

Uncover which Canadian provinces have the highest demand for your skills so you may show your interest in the province(s) in your Express Entry profile and, perhaps, receive a nomination! In 2022, the provinces that are specifically seeking civil engineers include:

Civil engineering is a very promising career in British Columbia, with a yearly salary estimated at $80,000 in the province, much above the national average.

Vancouver, British Columbia, is a popular destination for international employees looking to relocate to Canada.

International civil engineers are needed to immigrate to Canada’s largest and most beautiful province. Because Quebec is largely French-speaking, speaking French increases your chances of going there.

Civil engineers will find the biggest career prospects in the province’s Abitibi-Témiscamingue area.

Although this well-known Canadian province is renowned as the country’s agricultural heartland, the technology industry is slowly but steadily gaining traction.

Civil engineers wishing to emigrate to Canada will find the most career prospects in Regina, the capital city.

The three Canadian Maritime Provinces are located to the northeast. If you enjoy living near the water, you’ll be happy to learn that these provinces have their own immigration program, known as the Atlantic Immigration Pilot, which allows qualified people, particularly civil engineers, to apply for permanent residency and immigrate to Canada.

Also read:   Work in Canada as an Oil and Gas Rig Driller

The Rural Northern Immigration Pilot in Canada is a community-based program aimed at attracting talented workers to smaller and lesser-known Canadian cities such as Thunder Bay, Ontario, and Brandon, Manitoba.

To come to Canada, you must acquire a community recommendation, similar to the PNP. Unlike the PNP, however, the RNIP is not linked to the Express Entry system. You must meet very stringent community standards in order to receive a Community Recommendation.

A valid work offer from a nearby employer and proof that you can adjust to living in a community with a population of less than 10,000 people are normally required.

Requirements Needed to Work as a Civil Engineer in Canada

A Job Offer from Canada

Certain immigration systems, such as the Express Entry system, do not require you to have a legitimate employment offer in order to immigrate to Canada as a civil engineer.
A job offer, on the other hand, can help you get permanent residency (PR) because it adds 50 PR points to your immigration profile, or 200 PR points if you get a senior executive post. See the table below for further details.